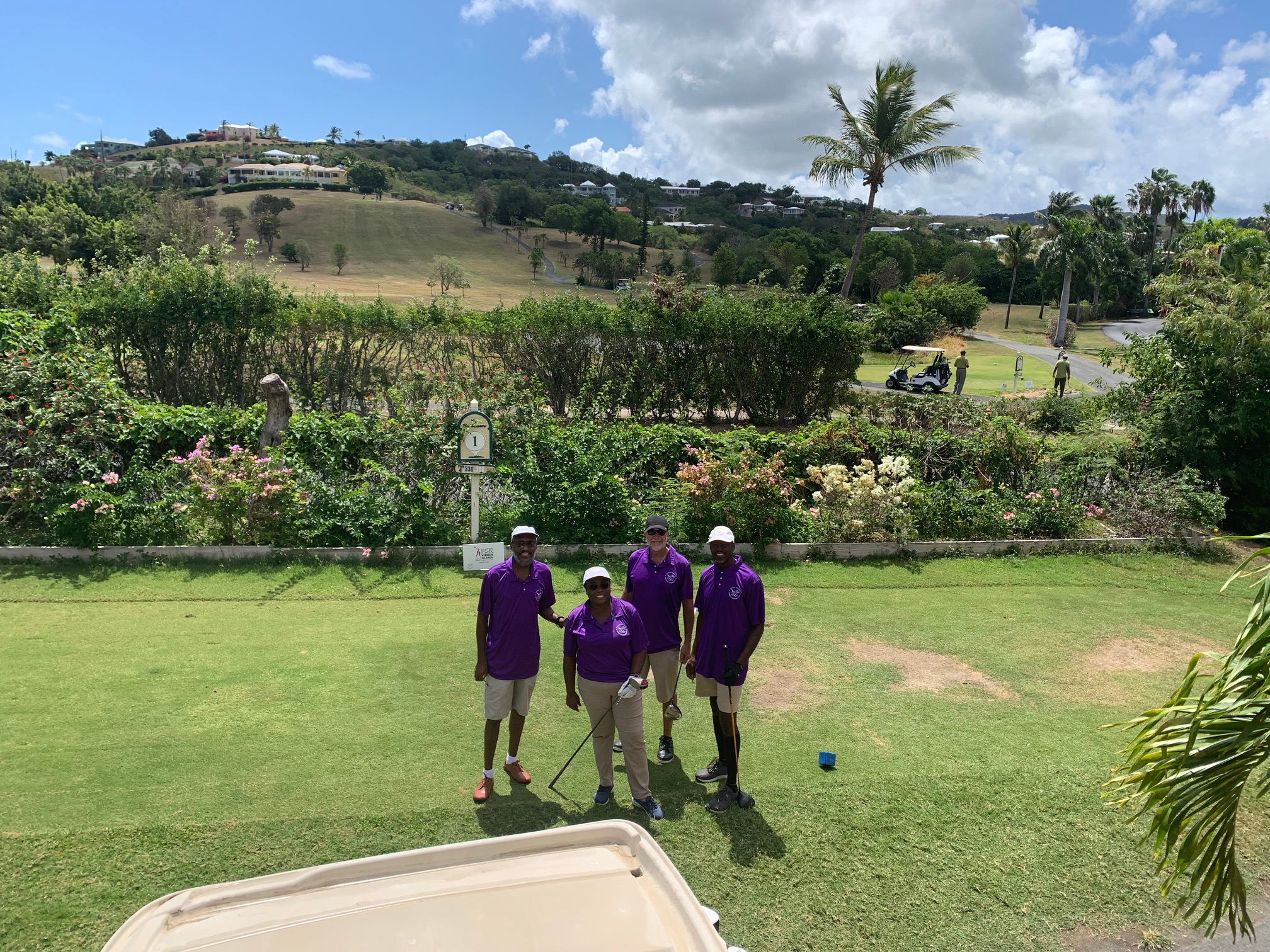 Two dozen four-player teams took part in the Scramble to Tokyo tournament, which raised close to $20,000
for the Virgin Islands Olympic Committee’s efforts to send a USVI team to the Tokyo Olympics next month.