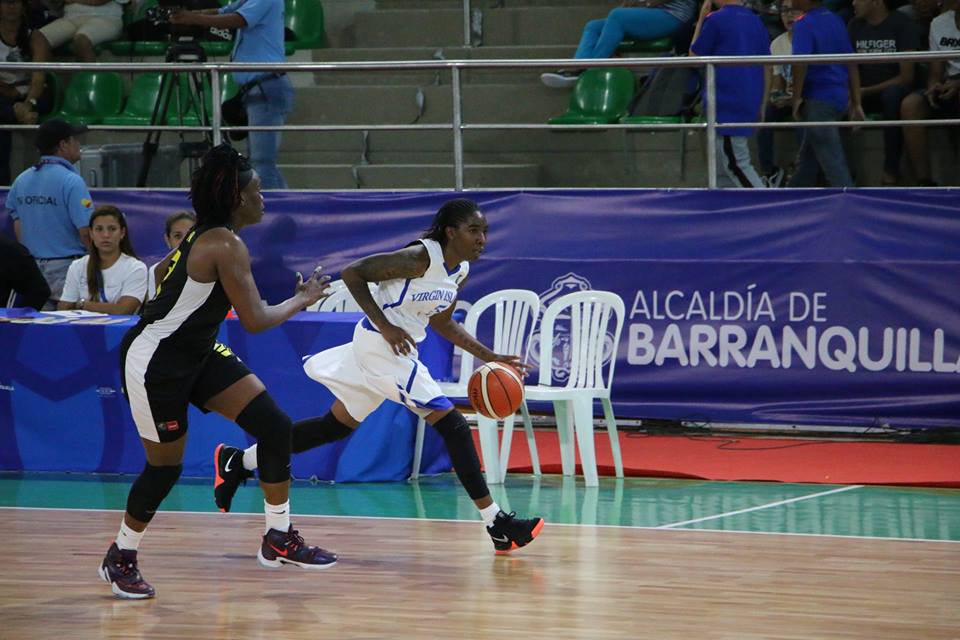 The U.S. Virgin Islands (ISV) Women’s Basketball team beat out Guatemala, Barbados, and Jamaica to place fifth out of eight teams at the 2018 Central and American and Caribbean Games.

Team ISV finished with three wins in a row after a slow start to the tournament in the preliminary rounds, and after losing several players including forward Cheyenne Hedrington who tore her Achilles’ tendon in their game 2 loss against Cuba on Saturday, July 21.

The team initially announced that Hedrinton, 24, would have her surgery in the United States. Hedrington was advised and agreed afterword to have the surgery as soon as possible. The surgery took place in Barranquilla yesterday morning at the Laboratorio Clínica Portoazul.

Hedrington was discharged from the hospital on the same day, is doing well and in good spirits, according to Virgin Islands Olympic Committee President Angel Morales.

The team’s head coach, Clint Williams said he is very proud of team despite the challenges they faced, including injuries.

“The girls did a great job of getting treatment from Jerry [Smith] and Paul [Almonte], our trainers, and being ready to compete each day. It was a lot of fun, and good experience for our ladies,” Williams said. “The future of our women’s national team is extremely bright!”