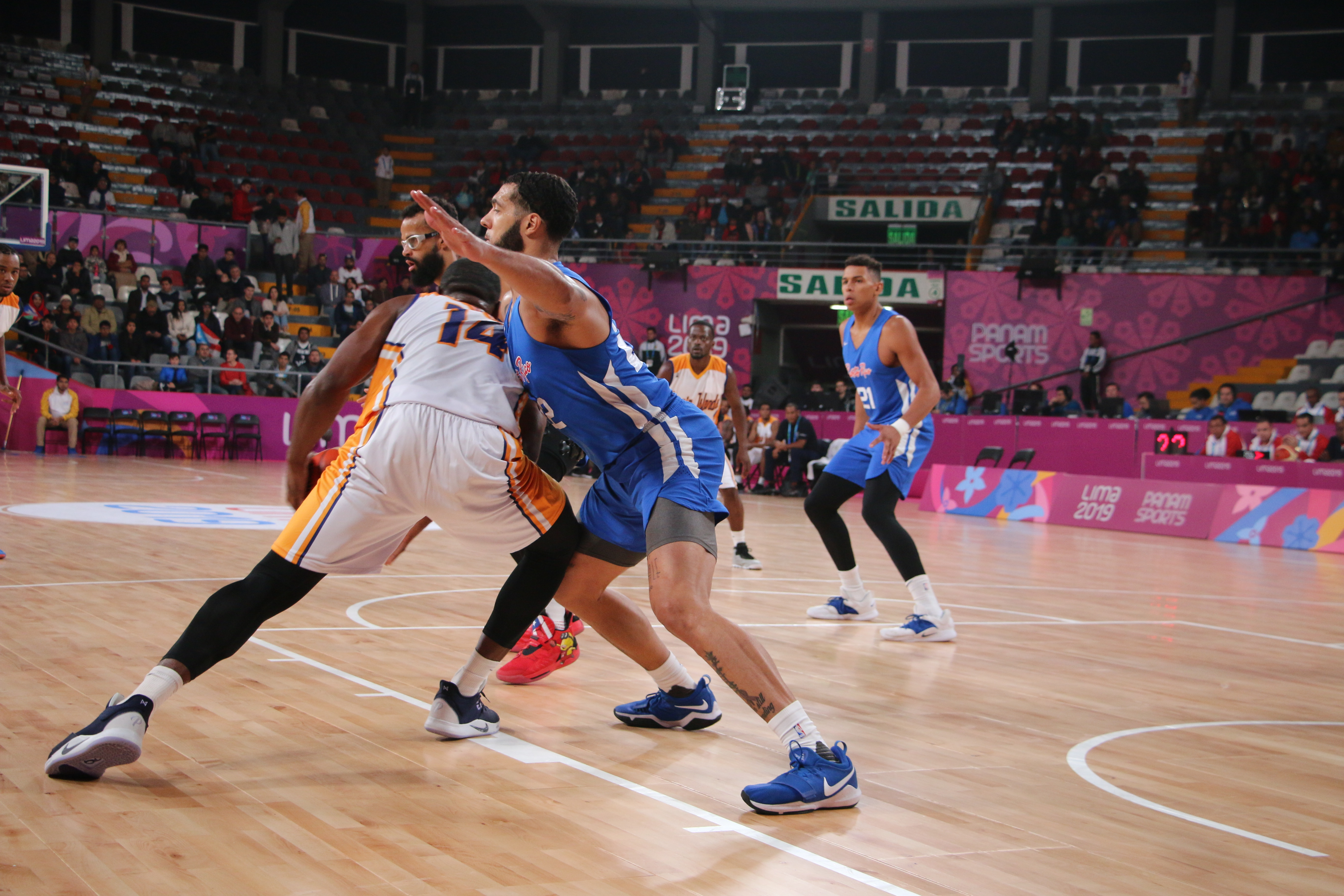 The U.S. Virgin Islands (ISV) lost to Puerto Rico, 101-89, in their second game for the Lima 2019 Pan American Games, but won the hearts of fans attending the event Wednesday morning.

Team ISV finished the first half 32 points behind (59-27) but dominated the second half and outscored Puerto Rico in both the third and fourth quarters, closing the gap to just 12 points.

Top scorers for the USVI were team captain and point guard Walter Hodge with 27 points; Georgio Milligan, who plays point and shooting guard, ended with 17 points; and Ivan Aska, who plays small and power forward put up 16 points. Aska also led in rebounds with nine.

The sound of thunderous applause filled the arena as fans cheered on their favorite teams for most of the second half as team ISV cut down Puerto Rico’s lead. Head coach Wilo Colon said it’s the heart of the players that made the difference.

“They put a lot of heart [in it]. When you touch the heart, it made them think they were representing the Virgin Islands and they want to play for them and that’s when their whole attitude changed,” Colon said.

Point Guard Devon Peltier, who hails from the island of St. Thomas, said the team started off flat with little momentum in the first quarter. However, after a quick pep talk in the locker room at the half, they came back with more intensity and a renewed focus on defense which was key to slowing Puerto Rico’s shooters.

“They punched first, and they punched us hard,” Peltier said. “For half time when we went in the locker, we had a little bit of back and forth. But we’re fighting for something more than ourselves. We’re fighting for our place, our community, our country, our flag—the Virgin Islands. And we came out with a vengeance in the second half.”

Peltier said hearing the support from the fans gave them the fuel to keep pushing.

“For us to fight back it shows we had determination, and we had the will to keep pushing forward no matter the circumstances in the game,” Peltier said. “The fans saw that. They saw our fight. They saw our will, and we came forth and the support and the cheering just helped to give us momentum to take the game within single digits points to come back and actually give us a fighting chance to win. We felt like we [weren’t] there alone.”