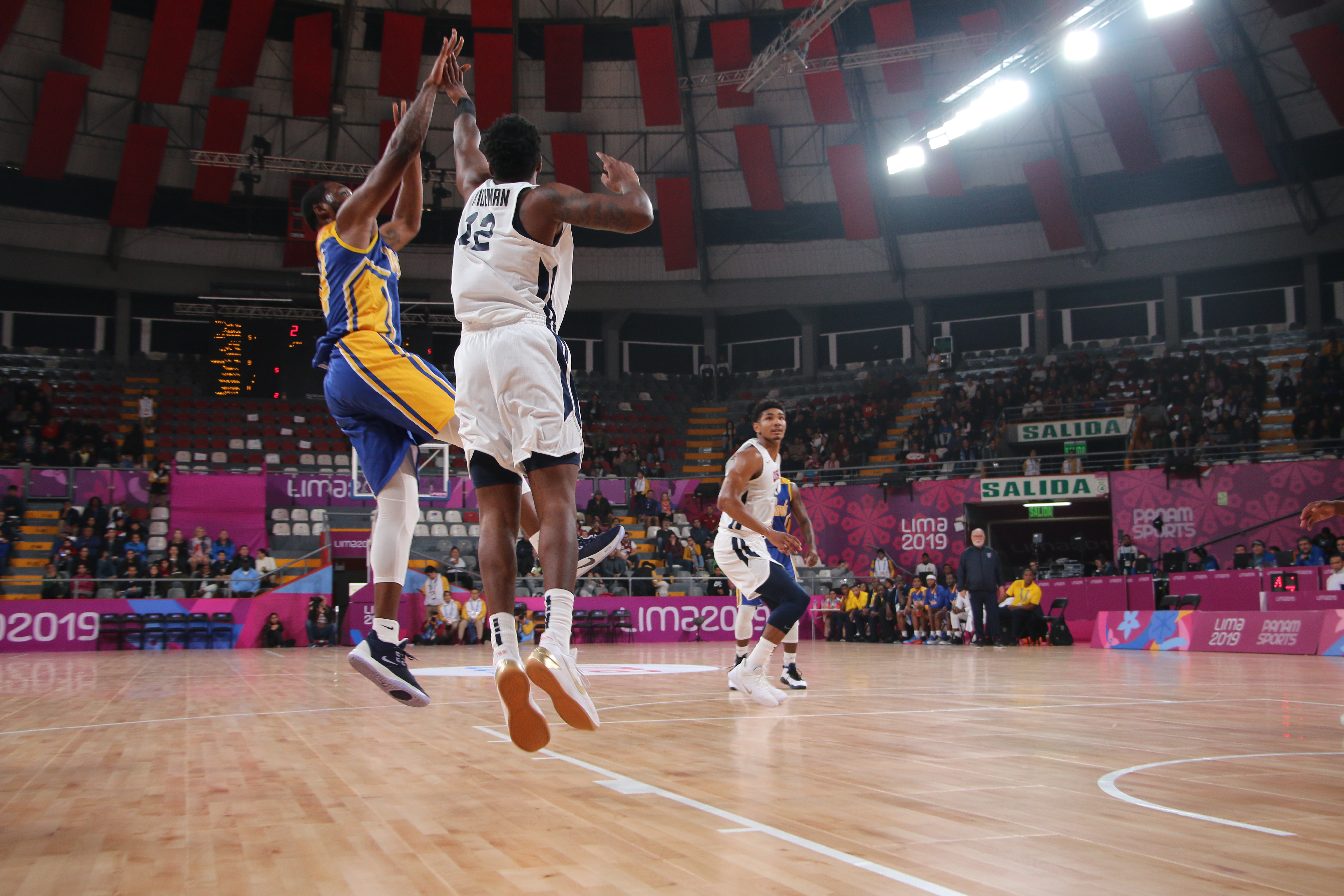 The U.S. Virgin Islands (ISV) men’s basketball team took a loss to the United States (USA) in their first game for the 2019 Pan American Games on Wednesday with a score of 119- 84.

The highlight for team ISV was in the second quarter when they bested the USA 20-17 even though they trailed for the entire game which took place at the Eduardo Dibós Colisuem in Lima, Peru.
Walter Hodge, ISV’s team captain and point guard took a lot of positives from the game as they look forward to playing Puerto Rico on Thursday.

“I think we did a good job moving the ball in the first half. The first quarter was okay, the second quarter was perfect for us. We moved the ball. We [were] not trying to hold the ball too much,” Hodge said.

One of team ISV’s coaches Donald Bough, agreed saying that there were many takeaways that they can apply in the upcoming days.

“We didn’t shoot too bad when we had the opportunity. So, our shooting and our offense ain’t too bad,” Bough said. “Defensively now we have a little bit of stuff to work on, because we gave up too [many] easy buckets. So, in terms of the offense, we know who the shooters are so we can penetrate.”

Devon Peltier, Ivan Aska, and Hodge were the top scoring players for team ISV. Peltier and Aska both had 16 points, and Hodge ended with 18. Aska also led the team in rebounds with eight—seven of which were on the defensive end.

Though Team ISV ended the game making 40 percent of their three-pointers, Team USA dominated with a fairly higher percentage—50 percent—something Bough says was expected but won’t deter them from re-focusing and keeping their head in the game moving forward.

“Ain’t nobody going to shoot a better three-point percentage than this team. They shot the volume of threes and the percentage of threes,” Bough said. “Even though it might look a little dismal because of the margin of loss—that’s one game like how they say, and the next game will be something hopefully a lot more positive to us.”

Team captain Hodge said that defense will need to be improved for tomorrow against Puerto Rico, who also has high percentage shooters.

“I think this is a different team. I think this is the B or C team from Puerto Rico, but at the end of the day they are great players and they play hard,” Hodge said. “They got a bunch of shooters too, so if today was hard for us to guard the three-point line tomorrow will be the same, so we have to do a better job.”