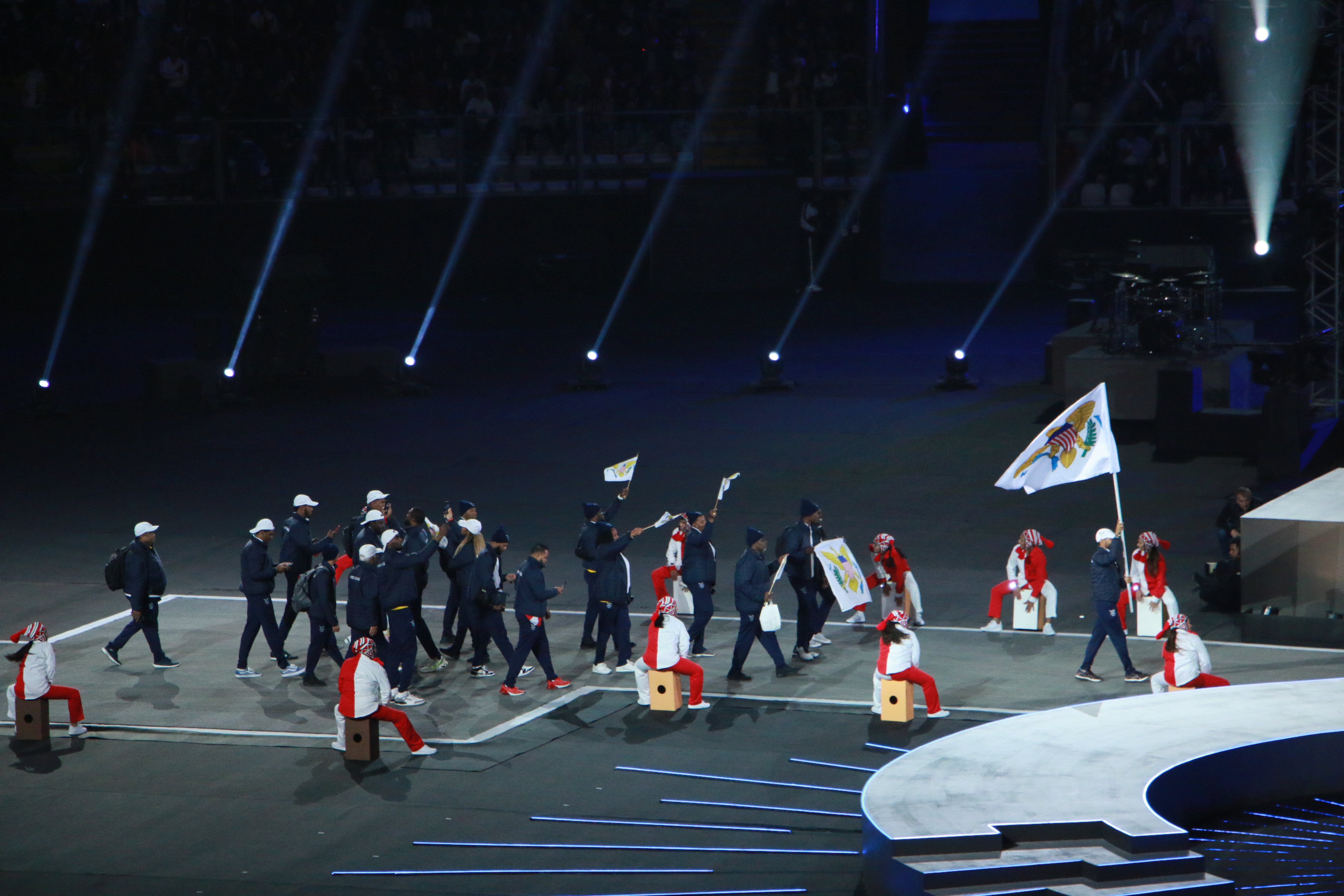 Team ISV’s delegation will be represented by nearly 50 athletes, coaches, support staff and officials for the duration of the Games which takes between July 26th and August 11th. The 29 athletes will be competing in several disciplines including Boxing, Basketball, Swimming, Sailing, Beach Volleyball, and Athletics.

Events in the two latter sports were completed on Saturday by Eduardo Garcia, who competed in the Men’s Marathon event, as well as the duo of Mannika Charles and Desiree Miranda, who competed in Women’s Beach Volleyball.

Athletes will be competing in cooler weather conditions since it is currently winter in Lima. Average day temperatures during the Games will be in the low to mid 60s. During the evenings, they can expect temperatures to hover in the high 50s.

Garcia finished the chilly course Saturday morning that wove through downtown Lima with a time of 2:19:12. He edged out four other runners to finish 12th out of 16. Host country Peru took home the gold thanks to Christian Pacheco Mendoza who finished with a time of 2:10:41.

The USVI women’s volleyball team, though not successful in their matches, competed against a vast field of countries over the past few days. Their tournament, which began on Wednesday, July 24th –a few days ahead of the official start the Games—included matches with Brazil, Mexico, Chile, Trinidad and Tobago, and Guatemala with the latter two matches occurring on Saturday.

Team ISV also participated in the Opening Ceremonies for the Games, which occurred on Friday, July 26 and was met with rousing support from Peruvian attendees and visitors from across the region. The show, which gave a profound and colorful depiction of the history and culture of Peru was capped off by a performance from famed Puerto Rican singer Luis Fonsi, who is recently known for his hit song Despacito.