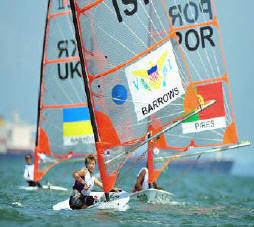 Cy Thompson has sailed his way into the 2016 Olympic Games