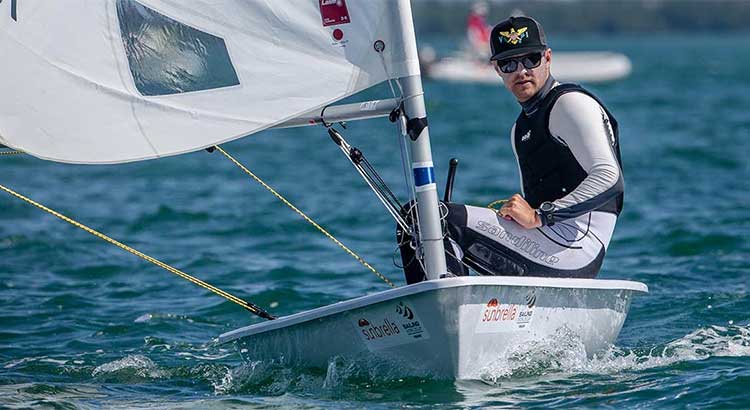 Coming off his Canadian Olympic Regatta win, Cy Thompson has sailed his way into the 2016 Olympic Games. The 26 year old St. Thomas native is no stranger to determination and prowess, he spent 1 month training with the Canadian Sailing team in Ontario. With a total of 15 scheduled races over 5 days, Cy’s preparation primed him for a solid start, “I stayed consistent throughout the regatta, did the math going into the last day and knew I just had to beat my closest competitor in one of the 3 races,” he said. Even with the setback of having his boat damaged before the race, Cy finished 38th which made him eligible to represent the Virgin Islands in the 2016 Olympic Games in Rio de Janeiro, Brazil and gives him another shot at gold. Cy sailed for Team ISV in the London 2012 Summer Games.